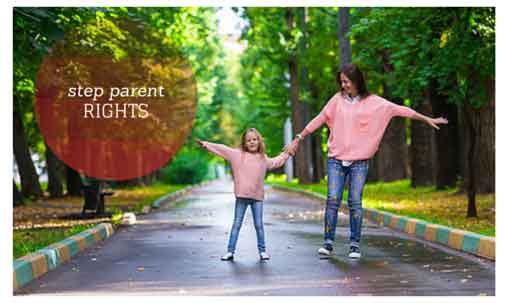 Parental Responsibility cases can be ugly between divorcing biological parents. But when a biological parent and a step-parent get divorced, does that step-parent have legal visitation rights? The answer depends on what state you live in. In general, step-parents seeking visitation rights are facing an uphill battle if the biological parent is still living and does not wish for the step-parent to have visitation with the child. ?In Illinois, step-parents fall under the category of ?nonparents,? and do have options for still seeing his or her stepchild after a divorce with the child?s parents. However, the statute gives a strong presumption that the child?s parent is acting within their rights to deny time, and this presumption can only be overcome in limited circumstances.

Can Step-parents Get Visitation Rights?

In many cases, step-parents have no formal ?right? to visitation with the child if the biological parent refuses to allow them to see the child. In several states, the laws are written such that biological parents are the only persons best suited to make the decision on who spends time with the child and when. This is known as the ?parental preference rule?, or the ?doctrine of parental rights?. When one of these are used, non-parents, including grandparents and step-parents, face a battle to gain any sort of visitation privileges.

Exceptions to the Rule

There are several exceptions to the parental preference rule that could allow step-parents visitation rights. For instance, step-parents who have been involved in the child?s life since they were an infant and/or if they have been involved in raising the child for many years, are more likely to be successful if they decideto petition the court for visitation. Generally, step-parents who were married to the biological parent for an extended period have better success when seeking visitation rights. ?However, there are still many more hurdles to jump through in Illinois before you can even demonstrate to the Court that the law allows you to bring a petition. As a step-parent, one of the rules to establish you have ?standing? to file an action is that the child?s biological parents are either previously divorced and/or were unmarried but the biological father has been identified by the Court.

In an important U.S. Supreme Court case, Troxel v. Granville, the child visitation rights of third parties, especially grandparents, were very closely examined. In this case, a Washington state statute allowing third parties to file for visitation was struck down partly because it was considered unduly broad in its scope. The result was that several states sought to better define their own standards in regards to child visitation rights and custody rights of non-parents, like step-parents.

Illinois was no exception to the States who tailored their laws to restrict non-parents? abilities to file for visitation privileges. In Illinois, you may only petition the Court for visitation rights if one of the following circumstances exist:

However, even if a step-parent can prove one of the above conditions, a Court will only allow the step-parent to have visitation with the child if the person can show that the denial of time has been unreasonable, and that it causes ?undue mental, physical, or emotional harm to the child.? So, absent this showing, the statute provides a rebuttable presumption that the parent?s choice to deny time to the step-parent are in the best interests of the child, and the Court will not interfere with that preference.

Because child custody laws vary from state to state, step-parents seeking visitation rights should consult with an experienced family law attorney. At Sherer Law Offices, our attorneys will explain your rights and help guide you through the process to get you the visitation you want.