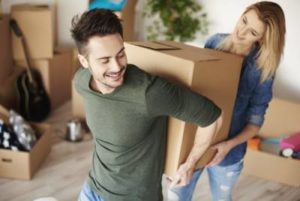 In Illinois, a party is entitled to terminate maintenance when a former spouse “cohabitates on a continuing conjugal basis” with a new partner.[1] However, the phrase “continuing conjugal basis” is a standard that must be interpreted by courts when determining whether a former spouse is entitled to terminate maintenance.  A recent appellate case out of the third district has offered guidance.

In re Marriage of Churchill focused on the ex-wife’s new relationship and whether her actions permitted her ex-husband to terminate maintenance.[2] In Churchill, the parties were divorced in September of 2016.  In October of 2017, the ex-husband filed a petition to terminate maintenance alleging she was cohabitating with her boyfriend.  During the trial, Ms. Churchill testified that she met her new boyfriend in November of 2016 and that she had planned to see him on New Year’s Eve 2016 but had to cancel due to an illness.  She also stated he visited while she was hospitalized, that they went on their first date on Valentine’s Day 2017 and had been sexually intimate with one another since February 2017.  Further, she stated they went on vacation together and gifted each other rings but that the rings were not intended to be engagement rings.

Ms. Churchill estimated her new boyfriend stayed with her approximately seven times between February and April of 2017, the longest period being a Friday through Sunday.  She also testified that he kept a sweatshirt and pair of shoes at the house and that he took a small part in helping her move to a new home after the divorce.  Further, she stated he helped her son with his Spanish homework and took out the trash twice.

Ms. Churchill’s new boyfriend testified that he owned and operated a business with his brother and that it required him to move from place to place.  His permanent address was in Texas and he stated that he intended to return to Texas. Further, although he did stay a few nights with Ms. Churchill, he primarily stayed at his own home and did not have a key to her home.

When weighing the evidence the court looked at several factors to consider whether the parties were engaged in a de facto marriage worthy of terminating maintenance: (1) the length of the relationship, (2) the amount of time the former spouse and new partner spend together, (3) the nature of the activities in which they participate, (4) the interrelation of their personal affairs, and whether they (5) vacation and (6) spend holidays together.  The court went on to state that a de facto marriage involves a deeper commitment than that of an intimate dating relationship.  Here, the Court found that while the parties were involved in an intimate dating relationship, it did not rise to the level of a de facto marriage and denied the ex-husband’s request to terminate maintenance.

The Court went on to highlight occasions where the “continuing conjugal basis” standard had been met.  For example, it was appropriate to terminate maintenance where a former spouse slept over at her boyfriend’s house for almost a year and where her daughter also lived with her new boyfriend.  The former wife stored her clothes at the boyfriend’s house and referred to a picture of her, him, and each of their children as a family. Even though the wife maintained a one-bedroom apartment in her own name, this alone was not enough to show the parties were not involved in a de facto Marriage.

For more information regarding maintenance, or other family law matter, contact Sherer Law Offices at (618) 692-6656 or admin@shererlaw.com.