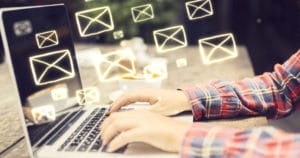 Social media is intended to unite individuals; however, when going through a divorce proceeding, social media may bring an individual too close to their ex and could even affect the way their case is settled. Without a second thought, many people create posts that give clues about their infidelities, income, habits, and lifestyle.  All of these posts can be used against an individual when drafting a divorce or custody settlement. In fact, over eighty percent of family law attorneys surveyed by the American Academy of Matrimonial Lawyers reported they have seen an increase in the amount of divorce proceedings using social networking evidence over the past five years. [1] For this reason, it is critical to know how your online postings may be used against you.

WHAT CAN BE USED

During a divorce proceeding, any electronic messaging that the other party has access to may be used as evidence. This includes text messages, emails, private messages, or public posts. Posts that can be used as evidence are not limited to just correspondences between the parties.  In fact, even if an individual deletes or blocks the other party, their posts may still affect the case. If an individual has a public profile or is still connected by social media with anyone who has a relationship with their ex, it requires only a simple screenshot to inform the other party, and the court, of the post.  Further, if one party makes derogatory statements about the other party in a public digital forum, such as a Facebook post, the court may view this as an unwillingness to work with the other party for parenting time and could end up affecting how child custody is determined.

Posting photographs can also be damaging to an individual during a divorce proceeding.  Posts that show one party consuming alcohol or drugs, or mingling with friends who are known to participate in such activities, may affect the amount of parenting time awarded by the court to that party. Pictures that suggest children are in an inappropriate setting or are not receiving adequate supervision, may also be used to determine the award of parenting time. Photographs posted on social media can also provide evidence to the other party and the court of one party’s assets. For instance, posting numerous pictures of vacations, new clothing, or new vehicles, is not supportive of the argument that an individual is  unable to afford child support or maintence payments.  These pictures may also be used during dissipation, or the division of assets during a divorce proceeding, and could entitle the other party to recover his or her share of the expense.

BUT, WHAT IF I DELETE IT?

Deleting an unflattering item from a social media account may not be sufficient to eliminate the chance that it will not be used against you in a proceeding.  One party may have retained screenshots of the postings and a court may find that the posting is still admissible if it is verified. Furthermore, the Illinois Supreme Court has established that deleting items from social media may be considered destroying evidence. [2] This could lead to judicial sanctions and could gravely affect the court’s determination of an individual’s character, an important aspect in awarding parenting time between the parties. [3]

After a settlement has been finalized, social media may still affect the agreement reached between the parties. If there is a maintence or child support agreement between the parties, social media posts can still be scrutinized by the either party  to support the argument of a substantial change of circumstances. A substantial change of circumstances occurs when a permanent change, alters the status of either parties from the time of the proceeding’s occurrence. If the court determines that a substantial change in circumstances has occurred, they may decide to modify the established support payments. For example, in a recent Illinois case an ex-wife’s maintence support was  questioned after her ex-husband used Facebook postings as evidence in a post dissolution proceeding to show that she was cohabitating with another man. [4] The court determined the posts made by the ex-wife and her new boyfriend were admissible evidence of their presentation of their relationship to the rest of the world. For this reason, the case was sent back to the trial court to determine if maintence payments were still appropriate. [5] Situations like this illustrate how important it is to control your image on social media until ties are completely cut from the former relationship.

For these reasons and more, it is best to limit social media postings during an ongoing proceeding. Further, it is critical to remember that anything posted on the internet, or transmitted digitally, is essentially permanent and may work against you long after the post is created.

If you have questions about what you should or should not do during a divorce, or about if your ex’s digital behavior is appropriate, contact Sherer Law Offices for more information.

The information provided on this site is not, nor is it intended to be, legal advice. You should consult with an attorney for advice regarding your individual situation. We invite you to contact us and welcome your calls, emails, and communications. Contacting our offices does not create an attorney-client relationship. Please do not send any confidential information to us unless and until such time as an attorney-client relationship has been established.