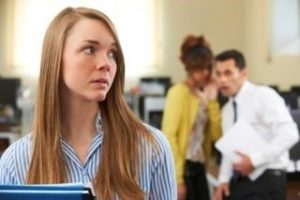 In Gasic v Marquette Management, the Court rule that under limited circumstances, a corporation can be held liable under the Gender Violence Act for actions committed by an employee. [2]In Gasic, the plaintiff resided in an apartment complex managed by the defendant, Marquette Management.  In the plaintiff’s complaint she stated that a maintenance engineer employed by the corporation entered her apartment where he “engaged in unwanted and inappropriate sexual contact with plaintiff that amounted to assault and battery.”  The plaintiff then sued the company stating Marquette Management was in violation of the Gender Violence Act due to their failure to supervise and monitor an employee who they knew or should have known was the subject of many complaints of sexual harassment and posed a risk of bodily harm.

The trial court dismissed the count of plaintiff’s complaint relating to Marquette Management violating the Gender Violence Act stating that artificial entities, such as corporations, are not “persons” who can “personally” commit, encourage, or assist in gender-related violence under the statute.  However, the appellate court disagreed stating that a legal entity can act “personally” for the purposes of giving rise to civil liability under the act.

This may have major ramifications of future lawsuits as, unlike many causes of action, the Gender Violence Act allows a plaintiff to recover damages not only related to physical injury but also emotion distress, punitive damages, and attorney’s fees and costs associated with bringing the lawsuit.  Further, the Gender Violence Act allows a victim up to seven years to file a claim, substantially longer than most general tort actions.

While it appears for now corporations may be held liable for gender-related violence perpetrated by employees, it is yet to be seen if this case will make its way to the Illinois Supreme Court for a final say on the matter.

For more information on the Gender Violence Act or other civil matters, contact Sherer Law Offices at (618) 692-6656.