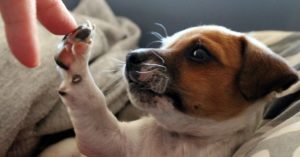 In October 2019, the United States House of Representatives voted to pass a bi-partisan bill that would designate certain forms of animal cruelty as federal felonies; this bill was passed by the Senate earlier this month and, on November 25, 2019, was signed into law by the President.  The Preventing Animal Cruelty and Torture Act, or the PACT Act, gained support from both the Humane Society Legislative Fund, the Fraternal Order of the Police, and the National Sheriff’s Association.

The PACT Law expands on the protections offered under prior federal legislation, the Animal Crush Video Prohibition Act. The Animal Crush Video Prohibition Act prohibits the creation, sale, and/or marketing of video recordings depicting cruelty to small animals which results in the animal’s death.  This law has been critiqued for its specific language. Concerns leading to the very focused language of the bill mainly focused on the notion that a broader federal law could implicate reports about deer hunting, and even depictions of bullfighting in literature. Despite these criticisms, the law was passed with the current narrow language, and it became one of the first pieces of federal legislation addressing animal cruelty. This was not, however, the first time legislation of this sort was proposed. In 1999, the U.S. Supreme Court struck down a proposed act with much broader language designed to stop the sale and marketing of videos showing dogfighting and other acts of animal cruelty. The Court reasoned that a law as broad as the 1999 proposition would be an unconstitutional violation of free speech.

HOW IS THE “PACT LAW” DIFFERENT?

The PACT Law grants federal authorities the power to enforce and prosecute alleged abusers, rather than relying solely on state officials to do so. The PACT Law further expands the federal government’s ability to prosecute individuals for acts such as crushing, burning, drowning, and/or suffocating animals.  The Law fills crucial gaps in the current federal law. There is no longer a requirement that the alleged acts of cruelty result in the animal’s death; causing “severe bodily injury” is enough for prosecution under the new Law.  Additionally, the rule expands the scope of animals covered under the law. Prior legislation specifies that the animal suffering the cruelty must fall into the category of “non-human mammals, birds, reptiles, or amphibians.” The PACT Law includes only the word “animal,” giving prosecutors and courts potentially broader power. Another aspect of the Law is the broadened authority it gives federal law enforcement. The Law allows authorities to prosecute if the alleged cruelty occurs on federal property or if an individual “uses means or facility, of interstate or foreign commerce.” This provision allows federal enforcement agencies to prosecute individuals under the law if they cross state or national boundaries to commit the alleged abuse. If an individual is found guilty, violations could result in hefty fines or up to seven years in prison.

WHAT DOES THIS MEAN FOR ILLINOIS?

The PACT Law applies nationwide, but does not replace any state or local laws addressing animal cruelty.  Illinois already has very progressive legal protections against acts of animal cruelty.  Just this past year Illinois enacted a law that made an individual criminally liable if an animal is left outside in extreme conditions. See our earlier blog on this topic.

If you have questions regarding this proposed law, or any other animal protection law, contact Sherer Law Offices for more information.