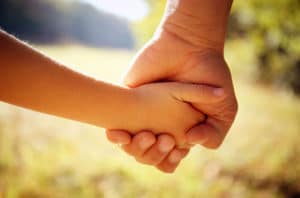 In 2011, Illinois passed the Religious Freedom Protection and Civil Union Act giving protection and recognition to the legal relationship between two persons, of either the same or opposite sex, to the type of commitment known as a civil union. [1] The Act includes particular language that equates a civil union with a marriage, and states that the party to a civil union is entitled to the same legal obligations, responsibilities, protections, and benefits as spouses in a marriage. [2] Since the Act was passed, legislatures have continued to amend related aspects of family law legislation, awarding even more rights to partners of a civil union.

In 2019, the Illinois Marriage and Dissolution Act was amended to recognize partners to a civil union have a responsibility to pay one another maintence or child support, in the event their union ends.  Legislative changes in 2019 also introduced the requirement that any property shared between the partners be divided equally.  [3].  Despite the continuing changes to legislation, the law does not cover every aspect of a civil union commitment. A new legislative proposal from the American Academy of Matrimonial Lawyer up for review seeks to change that.

WHAT IS THE DIFFERENCE BETWEEN A CIVIL UNION AND A MARRIAGE?

One of the current cracks in the Illinois legal code is stepparents’ rights following the end of a civil union. Currently, the language in the Illinois Marriage and Dissolution of Marriage Act pertaining to who is considered a “stepparent” excludes members of civil union.  As it stands, the Act contains only the word “married” and not “joined in a civil union”.  This wording prevents former partners of a civil union from being legally recognized as stepparents. Without legal recognition as a stepparent, a partner to a civil union may not pursue any legal remedy when seeking visitation rights with a child. The reason that a partner to a civil union does not have any legal rights available is because, under the current law, partners to a civil union lack standing. Standing is a party’s ability to demonstrate to the court that they have a sufficient enough connection to an issue to bring a case to court.  This hole in the legal code can lead to emotional consequences, as a partner who may have formed a relationship with the child, and who is prevented from seeing the child by the biological parent, has no legal remedy. Recent cases brought in Illinois have proven that partners to a civil union face a frustrating battle when seeking to remain a part of a child’s life.

In In re Visitation of J.T.H., 2015 IL App (1st) 142384, the court determined that the former partner to a civil union lacked standing to bring a claim for visitation rights.  The parties to the case, Jenny and Julia, were partners to a civil union for nearly seven years. During one of the couple’s intermittent breakups, Julia became pregnant. Afterwards, the couple got back together and parented the child jointly for nearly five years. Following their final breakup in 2009, Jenny continued to have a daily relationship with the child and  jointly care for him. This continued until 2014, when Julia, the biological mother, informed Jenny that she no longer wished for Jenny to have any contact with the child.  Jenny then filed this suit. The Court held that Jenny did not have sufficient standing to seek visitation rights, noting, “ we are not unsympathetic to the position of Jenny, or even that of J.T.H. [the child], having developed a loving relationship with each other that was encouraged by Julia during the first seven years of the child’s life…..However, we are unable to conclude that Jenny has standing to petition for visitation under the Illinois laws as they currently exist; thus, we are unable to grant her the relief that she seeks.”

In Sharpe v. Westmoreland, 2019 IL App (5th) 170321, the court similarly concluded that the former partner to a civil union lacked the standing to seek visitation rights. After the death of the child’s biological Father, who had entered into civil union with his female Partner, the Partner filed a petition, seeking visitation rights and allocation of parental responsibilities for the biological Father’s child of a different relationship. During the Father’s life, he and the biological Mother had equal custody of the child and the Father’s residence was considered the child’s legal residence.  Following the Father’s death, however, the biological Mother began to deny the Partner visitation with the child, A.S., even though A.S. expressed a desire to live with the Partner. While the court was sympathetic to both the wishes of the child and the Partner, they found that she lacked sufficient standing to bring a case for visitation rights. The Court noted that Section 602.9 of the Illinois Marriage and Dissolution Act  specifically includes only the word “marriage” and does not include any phrasing indicating that stepparentage rights apply to the partners of a civil union. The Partner in this case petitioned the Supreme Court of Illinois to review the appellate Court’s decision, and her petition is currently up for review.

Following the appellate court’s decision in Westmoreland, the American Academy of Matrimonial Lawyer proposed legislation that will alter the exclusion of partners to a civil union from the right to seek visitation as a stepparent.  A current legislative proposition up for review seeks to add the italicized words below to the section of the Illinois Marriage and Dissolution Act pertaining to stepparentage:

By adding these words, the law would be expanded to give standing to partners of a civil union when seeking visitation rights or parental responsibility with a stepchild. This bill is another example of how Illinois law constantly changes and progresses as issues become more relevant.

Whether the relationship is a marriage or a civil union, visitation and parenting rights are complex aspects of Illinois Law. If you have any questions about your visitation rights with a child or about any other family law issue, contact Sherer Law Offices for more information.