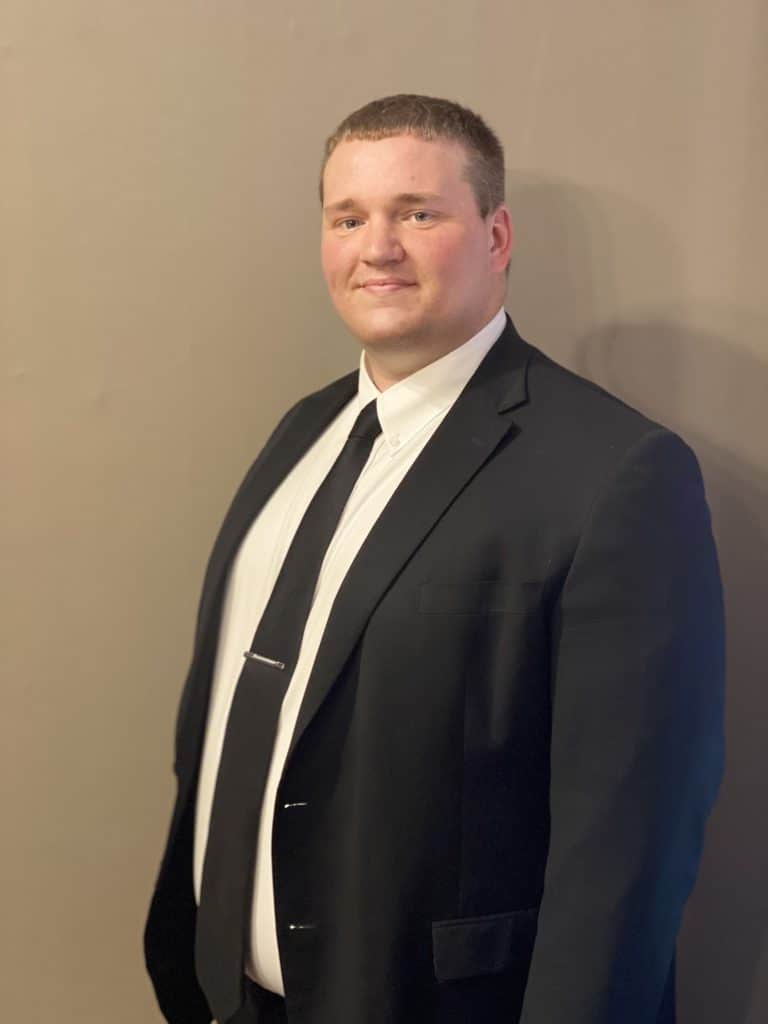 Anthony Swarringin is an associate attorney licensed to practice law in Illinois. He joined Sherer Law Offices in 2021 and works primarily on family and criminal defense matters.

During law school, Anthony interned at the Madison County Public Defender’s Office, worked as a law clerk for Land of Lincoln Legal Assistance Foundation in Alton IL, and completed an internship with the Federal Public Defender for the Eastern District of Missouri.

After being admitted to the Illinois bar, Anthony worked as an associate attorney for Fahrenkamp Law Office, where he assisted clients on various family and criminal law matters. During this time, Anthony also worked as a Special Public Defender in Madison County, where he was appointed primarily to juvenile delinquency and juvenile abuse and neglect cases.

Anthony grew up in Wood River and lived there until moving to Glen Carbon in the summer of 2019.  When he’s not at work, Anthony enjoys spending time with his family.