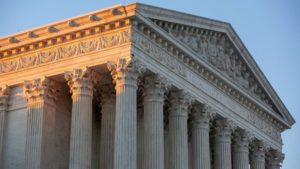 On February 20, 2018, the Supreme Court issued a unanimous ruling in Timbs v. Indiana, ruling that the State of Indiana’s seizure of Timbs’ $42,000 Land Rover violated the Eighth Amendment of the Constitution as an excessive fine.[1]  This new decision is sure to have a major impact on property seizures by law enforcement agencies following criminal convictions.

Timbs had entered a guilty plea for dealing heroin and conspiracy to commit theft. He was sentenced to one year of home detention and five years of probation.  Further, Timbs was ordered to pay a total of $1,203 in fines and cost.

At the time of arrest, the police seized Timbs’ recently purchased Land Rover, which he had bought for $42,000 with the money he received from family.  The police initially seized the vehicle on the basis that it was used to transport heroin.  On the same grounds, Indiana sought a civil forfeiture ruling, which would have allowed the state to permanently keep the Land Rover.  The trial court denied the forfeiture and noted that the $42,000 vehicle was worth more than four times the maximum $10,000 fine that could have been imposed against him for his drug conviction.  The court ruled such forfeiture would be grossly disproportionate compared to Timbs’ offense and was therefore unconstitutional under the Eight Amendment’s Excessive Fines Clause.  Another factor that came into play was that Timbs purchased the vehicle with funds that were given to him by family, and not the proceeds from his crime.  The case eventually proceeded to the Indiana Supreme Court, which ruled that Indiana could retain the Land Rover.

The United States Supreme Court disagreed, holding that “like the Eighth Amendment’s proscriptions of ‘cruel and unusual punishment’ and ‘[e]xessive bail,’ the protection against excessive fines guards against abuses of government’s punitive or criminal law-enforcement authority.”  The opinion, delivered by Justice Ginsburg, noted that without the Eighth Amendment protections, excessive fines could potentially be used to retaliate against specific individuals or even suppress political speech.

For more information regarding civil forfeitures, criminal charges, or other matters, contact Sherer Law Offices at (618) 692-6656.