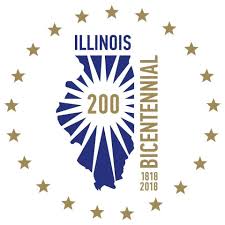 2018 marks the 200th anniversary of Illinois’ statehood, as well as the creation of our Supreme Court. With this milestone in mind, Sherer Law would like to take the opportunity to step back and reflect on our history and some on the great legal minds who have shaped our State.

On December 3, 1818 Illinois was promoted from a United States territory to the 21stState to join the Union.  However, in order for Illinois to be granted full statehood status, we first had to adopt our own constitution.  Our constitution shaped our current judicial system, creating our Supreme Court and providing for trial and appellate state courts to be created.[1]Originally, our Supreme Court consisted of a Chief Justice and only three Associate Justices.

Currently, our Supreme Court is presided over by 7 Justices: Chief Justice Lloyd A. Karmeier and Justices Robert R. Thomas, Thomas L. Kilbride, Rita B. Garman, Anne M. Burke, Mary Jane Theis, and P. Scott Neville Jr.  Each of whom will serve a 10-year term before being up for reelection. [3]

Many of the changes to our judicial system over the past 200 years are due to some of the great legal minds who have called Illinois their home.  Most of us will be familiar with the famous attorney and legal crusader from Illinois, Abraham Lincoln, our 16thPresident of the United States. In fact, four of our Presidents have roots in Illinois.  Ronald Reagan, the only U.S. President born in Illinois; Ulysses S. Grant, who lived with his family in Illinois for some time; and Barack Obama, also an attorney, who lived and taught in Illinois.

George Leighton, a Federal District Court Judge who passed away this year, was another great legal mind from the state of Illinois.  Mr. Leighton was the son of immigrants, and he himself never graduated high school.[4]  He was forced to leave before graduation in order to work on an oil tanker to help provide for his family.  Nevertheless, he continued to study independently and eventually received his college diploma from Howard University.

From there he entered Harvard Law School in 1940.  His schooling was interrupted by World War II, during which he served in the United States Army and was awarded the rank of Captain and received a Pacific Service Metal and a Bronze Star. After he completed his service, he returned to Harvard Law School and earned a Bachelor of Laws in 1946.

After graduation, he moved to Chicago, Illinois where he fought to desegregate juries and schools, represented those who could not afford an attorney, and advocated for people facing the death penalty.  On December 19, 1975, President Ford nominated him to serve as a judge for the United States District Court of the Northern District of Illinois.  He served as a judge until retiring on November 30, 1987 and returning to private practice.  The Honorable Judge Leighton continued to work as an attorney until retiring at the age of 99.[5]After he passed away on on June 6, 2018, he was fittingly laid to rest in Arlington Nation Cemetery.