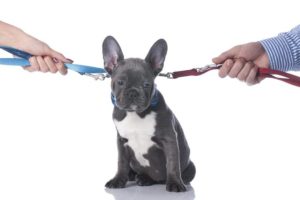 It is no secret that many individuals consider their companion animals, or pets, a member of their family.  In fact, a recent survey conducted found that over 80% of pet owners consider their pets to be full fledged family members, equivalent to the human members alike. [1] Considering this information, it is unsurprising to learn that when a family is going through a divorce, the argument over who gets custody of the family pet may arise. In 2018, the Illinois legislatures made a number of changes to the Illinois Marriage and Dissolution Act, one of which was the addition of requiring the Court to take into consideration the well-being of a family pet when deciding a divorce proceeding. [2] This amendment to the legislation requires Courts to look at pets as more than just inanimate objects, and to consider which party to the proceeding will facilitate the best life for the animal. Since the amendment, judicial decisions regarding contested ownership are based upon factors like which individual actually acquired the pet, which party took the animal to veterinary visits, and who made the arrangements for the pet’s care when vacationing.

Although Illinois Courts now take into consideration what is in the best interest of the animal, pets are still susceptible to being treated as property during a proceeding. For example, if an individual purchased, cared for, and owned an animal prior to getting married, it is likely the Court will consider the pet as the non-marital property of that spouse.  If the court is unable to determine that the animal is a marital asset, and one spouse contests the awarding of custody to the other, this can lead to a lengthy court dispute. This is because when the statute was amended, it ordered only what a court mustdo when an animal is considered a marital asset, not what it maydo if the animal is considered a non-marital asset. [3] This draws questions about aspects of the law such as visitation and decision-making rights and even pet care support. While Illinois Courts have been silent on these aspects thus far, if the amendment of 2018 is any indication of the direction the law is heading, citizens of Illinois will soon have an answer.

The change in legislation was prompted by the ruling handed down in the Supreme Court of the State of New York in the case Travis v. Murray, 42 Misc. 3d 447, 977 N.Y.S.2d 621 (Sup. Ct. 2013). The case involved the custody dispute over a 2 ½ year old dog named Joey.  Travis and Murray were already in a relationship prior to Shannon purchasing Joey from a local merchant in February 2011, and 18 months later the couple married. Unfortunately, the marriage did not last, and Murray left within seven months, taking Joey with her. When the dispute came to trial there were two main arguments. Travis argued that Joey was nonmarital property because she had purchased him with her own money prior to getting married and Murray argued that Joey was a gift from Travis.  The Court added a third perspective to the debate and looked at the dispute from the perspective of a custody analysis. This required the Court to consider the nurturing, care, happiness and best interests of Joey. Although their analysis was based in the “best interest” standard applied in child custody cases, the court modified it to fit the situation. Instead, the Court looked to a “best for all concerned” standard, which would take into consideration: a) the benefits to each party by possessing the dog; b) the benefits to the dog by living with one party over another; c) who bore the majority of responsibility for the dog’s needs; d) who spent more time with the dog; and e) other relevant factors relating to this specific dog. One important determination that the Court made in considering these factors is that the custody decision would be an end-all decision, meaning that one party would have custody, and the other would not be allowed visitation.

HOW HAS ILLINOIS APPROACHED THE ISSUE?

Although the legislation was amended in 2018, there have not yet been any decisions regarding pet custody since the judgment passed down in In re Marriage of Enders and Baker, 2015 IL App (1st) 142435. The case involved a divorce between a couple that had acquired two dogs during their marriage. Following the divorce, the ex-husband contended that an oral agreement had existed between the parties that entitled him to visitation rights with the animals. The ex-wife disputed this, and said that if said agreement had existed, it was ended in December of 2012. Her reasoning was that since he left the marital home in 2011, she had been the sole caregiver and provider for the animals. In April 2013, the trial Court granted the ex-husband temporary alternating weekend visitation rights with the dogs until the matter was brought to trial. In the end, the Court analyzed the issue of pet visitation under the Animal Control Act, and, relying upon the decision in Travis, decided that if visitation rights were granted, the Court would open the door to an onslaught of litigation regarding animal visitation. [4] For this reason, the Court made the determination that the animal’s owner is the individual that keeps and cares for the animal and awarded full custody to the ex-wife.

In re Marriage of Enderswas decided prior to the legislature’s amendment in 2018. Had the case been brought after the amendment, the outcome may have been quite different. It is evident that the section of the law regarding pets’ rights and owners’ rights is not yet a settled area of Illinois law.

If you have questions regarding how custody is determined in Illinois, or any other family law issue, contact Sherer Law Offices for more information.